The relation between the UNHCR and the government: a leap in time and refugee protection 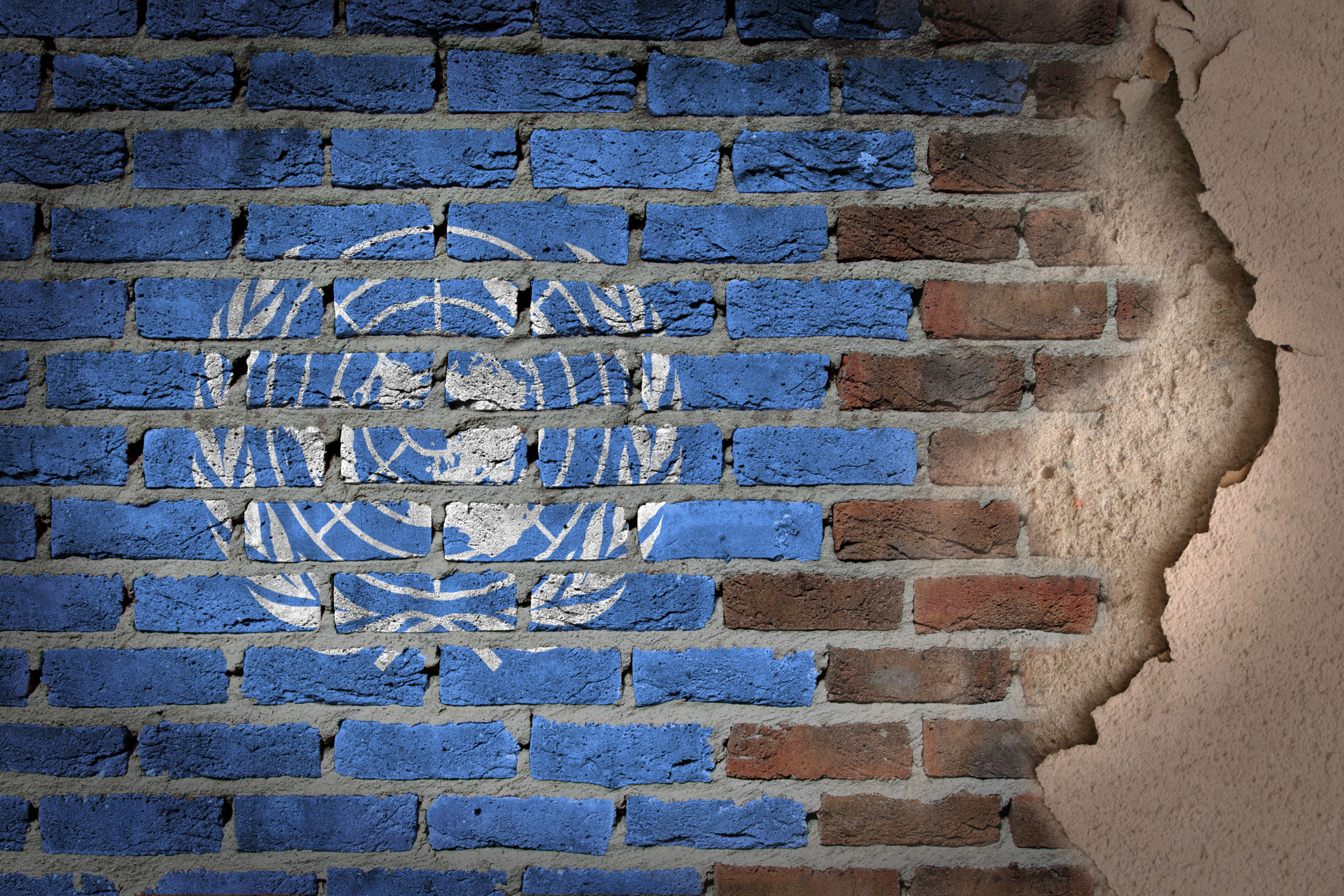 The relation between the UNHCR and the government: a leap in time and refugee protection

By analyzing the history of refugee protection we can understand the fortunes of the international refugee regime better. Through a leap in time, this blog is looking into how in the Netherlands’ refugee policy was being discussed during the 1970s and we compare it with the negotiations surrounding the Global Refugee Compact. Thus, we show that UNHCR has come a long way in strengthening its negotiating position, and how this impacts refugee protection is still an open issue.

By Eva Ecker, the University of Ghent

Since its formation in 1950, the United Nations High Commissioner for Refugees (UNHCR) has advocated a humane and liberal protection of refugees. To achieve this, UNHCR needs the full cooperation of individual states.

UNHCR as a leader in the Global Refugee Compact (GRC) has used its experience in negotiating with states to achieve a commitment, although non-binding, that can strengthen refugee protection worldwide.

Throughout its history, by trial and error, UNHCR has acquired the skills to negotiate with individual states and convince them that refugee protection is in the interests of individual refugees, but also of states and the global community.

By analyzing the history of refugee protection we can understand better the fortunes of the international refugee regime. Through a leap in time, this blog is looking into how in the Netherlands refugee policy was being discussed during the 1970s and we compare it with the negotiations surrounding the GRC. Thus, we show that UNHCR has come a long way in strengthening its negotiating position, and how this impacts refugee protection is still an open issue.

A shared understanding of the refugee concept

It was a practice that worked smoothly for almost twenty years because of a shared understanding of the refugee concept. This common conception was disrupted by the 1967 protocol to the Geneva Convention which expanded the UNHCR mandate both in time (events after 1951) and space (beyond Europe).

Multiple conflicts in this matter followed. The collaboration was endangered the most by the question of whether draft dodgers from NATO countries could be recognized as refugees. For the Dutch authorities, political and diplomatic interests were at stake in this decision. These interests did not matter for UNHCR as they were only concerned with refugee protection.

This caused the Dutch government to gradually move away from cooperation with UNHCR and use a newly developed de facto refugee status instead. In practice, this meant that these refugees did not get a refugee passport anymore. Nevertheless, the government granted these refugees a residence and work permit. This provided de facto protection against refoulement without formally acknowledging their refugeehood.

In this way, the Netherlands developed a liberal aliens policy, but a restrictive refugee policy. This approach contrasted with UNHCR headquarters, which wanted states to adopt a broad refugee concept. In the end, the UNHCR representative in the Netherlands claimed that the Dutch government became too interfering in recognition policy.

Eventually, in mid-1975 the representative decided to stop recognizing refugees. He considered that the apolitical reputation of UNHCR was at stake. Furthermore, with his actions, he wanted to force the Dutch government to rethink their recognition practice in a more liberal way.

It would turn out that this last wish was not fulfilled. The Netherlands continued for years to adopt a policy to isolate refugees who were for Dutch interests troublesome from the protection of the Convention of Geneva. De facto refugees became a convenient administrative category for the Dutch authorities. This Dutch specificity weakened the international refugee regime with interstate conformity, which UNHCR was striving for.

Besides the conflict between the Netherlands and UNHCR, there were also internal difficulties between the UNHCR headquarters and its representative. The latter was a Dutch citizen and quite active in national refugee aid initiatives. This created a conflict of interest resulting in the representative refusing to only be the voice of UNHCR.

This had important implications for the refugee protection regime at that time when the interests of UNHCR collided with those of the Dutch authorities. As a consequence, the headquarters were often sidelined through non-transparent and incomplete reporting of the representative.

Moreover, the communication through letters, which was common back then, was slow and concise. This made it even harder for the headquarters to get a view, let alone a grip, on its representative and more important on the Dutch recognition policy. All of this was detrimental for the negotiating position of UNHCR towards the Netherlands.

UNHCR has learned to choose its battles wisely

When we look at the present day, a lot has changed. Modern communication techniques do not only facilitate and accelerate comprehensive communication, they also make information more available, transparent, and exchangeable.

The two bottlenecks that the UNHCR struggled with in the 70s: information exchange and communication had long been solved by the time the GRC was negotiated.

For example, UNHCR no longer designates national citizens as their representatives in countries of asylum to avoid possible conflicts of interest. UNHCR is nowadays more able to get a hold of its staff abroad and be informed about each country’s current refugee situation and positions on the prevalent problems and potential solutions.

UNHCR is now in a position to assess and identify which common goals that are realistic to get all involved parties to agree on. The prevailing respect and the apolitical reputation of UNHCR ensured good faith and cooperation from the involved states, paving the way for the GRC.

The UNHCR has managed over time to ‘choose its battles wisely.

The international community appeared not to be ready (yet) for some of UNHCR’s aspirations. However, they have been focusing on feasible matters. Hence, progress can already be seen in some countries regarding solidarity, responsibility-sharing, and economic and social inclusion of refugees.

Of course, there are also downsides to this cautious and soft ‘incremental change approach’, and there is still a long way to go to improve refugee protection. Nevertheless, sometimes you achieve more when you meet the other halfway. UNHCR learned this the hard way when it defended its encompassing concept of refugee in the 1970s and talked to a brick wall.

This resulted in UNHCR losing some of its influencing powers in the Netherlands, which did not turn out in favor of refugee protection.

To conclude, with the realization of the GRC the UNHCR proved to be able to overcome obstacles it couldn’t tackle with its negotiations with the Netherlands back in the seventies. The GRC as a declaration of intent has a promising ambition. A leap in time, hopefully, the GCR will become a leap in refugee protection as well.

The Peripheral Role of the Global Refugee Regime in Southern Africa: Protection Challenges in Urban Spaces

Southern Africa is home to a significant number of refugees and forced migrants, with UNHCR reporting 1.1 million refugees and asylum-seekers in the region in 2020. To assist states in hosting these populations, the global refugee regime has been associated with offering protection to refugees in the region since the 1960s. This assistance has taken […]

Cases of sexual violence inside refugee camps are often presented as if they were tragic accidents, or natural and isolated events. However, sexual violence is endemic to refugee camps and it has escalated over time. Despite these facts, evidence and warnings, refugee populations are systematically abandoned into structurally harmful environments which not only allow, but also create the conditions for such atrocious acts of violence to take place.

Eva Ecker is a Ph.D. student at Ghent University. She has a bachelor’s degree in social work and a master’s degree in Public Administration and Management. Her research interests are the governance of asylum policies and she contributes to the institutional and historical research of WP3.