The Queen Mary University of London is one of PROTECT’s three UK-based teams. The team is led by the distinguished EU law and migration expert, Elspeth Guild, joining her are the aspiring law scholar Kathryn Allinson, Nicolette Busuttil and Maja Grundler. Together, the team has closely followed the processes leading up to the signing of the UN Compacts on Migrants and Refugees in 2018. As part of PROTECT, they will study the Compacts’ legal potential – and their impact on the functioning of the current international refugee protection system.

The Queen Mary team co-leads PROTECT’s Work Package 2 (WP2) in partnership with PROTECT’s University Giessen team, which evolves around the legal implications of the UN’s Global Compacts on Migrants and Refugees – exploring how the Compacts, despite their legally non-binding nature, will impact the global development of common policies and laws on refugees, migrants, and asylum seekers. The researchers in WP2 are also concerned with how these new international soft law instruments will influence asylum jurisdiction at the national and regional level, particularly in light of certain UN states’ refusal to sign the Compacts.

Elspeth Guild is Jean Monnet Professor ad personam at the Queen Mary University of London as well as at the Radboud University Nijmegen, Netherlands. Her research interests and expertise lie primarily in the area of EU law, in particular EU Justice and Home Affairs, including immigration, asylum, border controls, criminal law, and police and judicial cooperation in criminal matters. She also researches EU privacy and data protection law and the nexus with human rights.

Professor Guild provides regular advice to the European Parliament, the European Commission, the Council of Europe and other European and international organizations, such as the UNHCR, on the free movement of persons, migration, and asylum. Professor Guild is also co-chair of the European Sub Committee, Immigration Law Practitioners Association, the UK legal profession’s voice on immigration and asylum matters.

Kathryn Allinson is a Lecturer in Law at the University of Bristol Law School. She holds a Ph.D. in the Department of Law at the Queen Mary University of London. Her doctoral thesis, “Establishing responsibility for causing displacement: An inquiry into the role of ‘Displacing Third States”, addresses two key questions. Firstly, the scope of the international legal prohibition on causing displacement and its application to non-territorial States. Secondly, how the frameworks for establishing state responsibility can apply to these States when they have caused or contributed to cause, displacement. Allinson is also the Managing Editor of The International Community Law Review, and a Research Affiliate of the Refugee Law Initiative.

Nicolette Busuttil is a Post-Doctoral Researcher within the School of Law, Queen Mary. She holds a PhD from the Department of Law, Queen Mary University of London where she researches States’ obligations arising under EU law towards migrants with disabilities, particularly those with mental healthcare needs. Her doctoral thesis, ‘To Protect, Tolerate or Expel? Protection Obligations Towards Migrants with Mental Healthcare Needs Facing Removal’ explores a disability-sensitive interpretation of the non-refoulement obligation, by drawing on the contribution of the UN Convention on the Rights of Persons with Disabilities to the EU fundamental rights regime. Nicolette is also a Senior Teaching Fellow in Law at the School of Oriental & African Studies (SOAS), and a Research Affiliate of the Refugee Law Initiative.

Maja Grundler holds a PhD in the Department of Law at the Queen Mary University of London, where she researches irregular migrants’ eligibility for refugee protection. Her doctoral thesis “Protection for Irregularised Migrants? – Trafficking, Smuggling and Asylum” examines whether harm experienced during irregular migration can constitute persecution for the purpose of the 1951 Refugee Convention. Based on trafficking-based asylum claims from the UK and Germany, the thesis constructs irregular-re-migration as a risk, which results from an inability to reintegrate in the country of origin due to “vulnerabilities” acquired during the initial dangerous journey. Maja is also co-founder and co-chair of the Human Trafficking Research Network and a Research Affiliate of the Refugee Law Initiative. Currently she is a Lecturer in Law at Royal Holloway, University of London and Postdoctoral Research Assistant at the Queen Mary University of London.

The Queen Mary team has followed the processes leading up to the adoption of the UN’s Global Compact on Migrants and Refugees closely and produced several academic and popular scientific publications on the Compacts’ potential in forging a global migration framework.

In one of their co-authored article, ‘From Zero to Hero? An analysis of the human rights protections within the Global Compact for Safe, Orderly and Regular Migration (GCM)’, Guild and Allinson explore some of the legal and political implications of the Global Compact on Migrants (GCM), arguing that the signing of the Compact in 2018 is an important step towards consolidating a global commitment to human rights obligations in the field of migration, particularly when considering the hostile political climate surrounding the GCM’s prelude.

Though a step in the right direction, the authors also point out that implementing the Compact in accordance with existing human rights charters will require heavy involvement and partnership of key stakeholders from the very onset, as well as strong political commitments by individual states to operationalize the objectives of the Compacts. Thus, realizing the Compacts’ potentials to advance global refugee protection relies on the international community’s ability and willingness to create the necessary architectures to meet their demands.

The Queen Mary team has contributed with several blog posts on the Protect blog addressing the situation for refugees, migrants, and asylum seekers during the worldwide Covid-19 lockdown. Their first co-authored post criticizes the European border response to the pandemic and the recent push back of refugees at the EU’s external border, claiming that these actions are violations of the non-refoulment principle of the UN 1951 Refugee Convention stating that that ‘no one shall be sent back to a state where he or she is at risk of persecution.’ In their blog post, the Queen Mary team reminds EU leaders that human rights, international law, and the EU Charter are not dispensable in times of pandemics and criticizes EU leaders for not providing their member states with elaborate guidelines that secure a humane refugee and asylum response amidst the Corona crisis. In the video clip below, Professor Guild explains the importance of the non-refoulment principle in practicing a humane asylum policy, and how the EU’s closed borders, in fact, pose a threat to human rights.

Professor Guild and Kathryn Allinson have also written a blog post on the Protect blog addressing the consequences of the pandemic for refugees and migrants currently isolated in detention centers. As a preventive measure, many formerly open reception facilities have closed down, resulting in the detention of migrants and asylum seekers in small, crowded spaces. The Queen Mary team argues that the slippage from open reception facilities to detention as a result of Covid-19 is inconsistent with international human rights law and states’ commitments, as detention is not based on an assessment of the personal circumstances of the individual but on general preventative grounds – grounds that become discriminatory as they are much more severe for migrants and refugees in reception centers than the general public. Guild and Allinson also point out that migrants who are in detention awaiting expulsion are also no longer being held in accordance with international human rights law as the purpose of the detention – to achieve expulsion is not possible as a result of the Corona lockdown. The detention of these individuals has, thus, become arbitrary.

Guild and Allinson also point out that the undertaking of governments expressed in the GCM is ever more important in times of a pandemic: The GCM specifically states that detention of migrants must be used only as a last resort after all alternatives have been found to be unsuitable (Para 16). The Global Compact on Refugees equally commits states to using detention only where community-based alternatives are not possible (Para 60).

Thus, very recently the international community has reaffirmed their political commitment to delivering freedom of movement for refugees, asylum seekers, and migrants. Detention of migrants must be reduced to the absolutely minimum and in all cases satisfy the human rights test of legality. The political commitment of states expressed in the Marrakesh Compact is now being put to the test, they argue, and bringing national laws and practices into conformity with the Compact must become a priority. 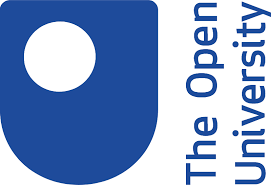