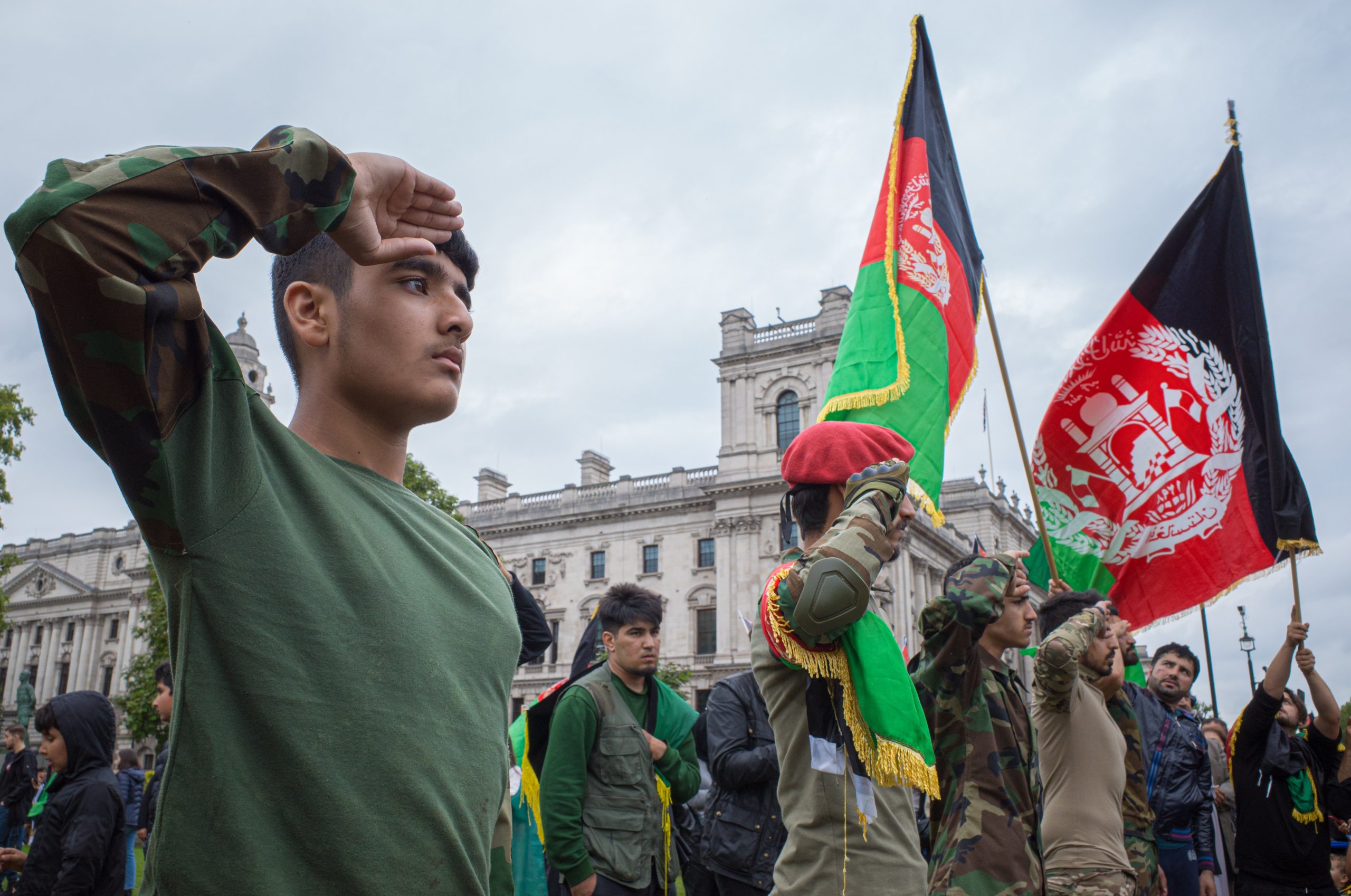 Since the end of organised evacuations of Afghan nationals by aircraft through Western forces following the “fall of Kabul”, many civilians remaining in the country are at risk of serious harm and persecution at the hands of the Taliban. Meanwhile, those Afghan nationals who have managed to flee to neighbouring countries face a lack of access to regular onward migration and international protection. In this blog Maja Grundler and Elspeth Guild explore EU Member States’ response towards Afghan nationals at risk in light of the Refugee Compact and the Marrakesh Compact.

The EU’s (lack of) response to the situation in Afghanistan

The EU’s most recent response to the situation in Afghanistan consisted of a “High-Level Forum on providing protection to Afghans at risk,” hosted by the European Commission on 7 October 2021. Judging from the press briefing given by EU Commissioner for Home Affairs Ylva Johansson following the forum, this “high-level” forum resulted in a low-level response from Member States since the forum did not address the obstacles to providing safe passage for Afghan nationals, nor any concrete pledges from Member States in terms of the number of Afghans they are willing to help.

In light of the human rights violations experienced by Afghans, it is clear that they have a need for (access to) international protection. The Commissioner did acknowledge this and proposed four strategies for facilitating regular migration: evacuation, humanitarian corridors, resettlement and family reunification. Below, we examine these strategies in light of relevant commitments under the Global Compacts and will comment on what, concretely, needs to happen in order to ensure safe passage for Afghans and to protect them from persecution and the perils of dangerous journeys.

Since Kabul airport is now controlled by the Taliban, additional evacuations by aircraft of the scale conducted in August 2021 are unlikely to take place. While ad-hoc military evacuations, evacuations through commercial flights and land evacuations may still happen, Amnesty International has noted that currently, due to border closures and difficulties obtaining travel documents, ‘those at risk who wish to flee from Afghanistan face immense challenges in leaving the country.’

At the press briefing, Commissioner Johansson stated that ‘Member States are continuing to have long lists of people that need to be evacuated.’ Yet, it may not be possible to evacuate everyone on these lists unless EU Member States can persuade the Taliban to allow the persons in question to leave and to persuade neighbouring countries to allow Afghans to transit through their territory. Both the Refugee Compact and the Marrakesh Compact draw on a range of international human rights instruments, including the ICCPR, which codifies the right to leave any country, including one’s own (Art 12(2)). EU Member States should do everything in their power to help Afghans realise this right. Should commercial flights from Afghanistan resume, EU Member States could allow Afghans to leave safely by waiving the requirement for them to hold a passport and visa. In summary, if EU Member States are really interested in evacuating Afghans at risk, they must address the practical obstacles to evacuation faced by these individuals.

An additional measure which EU Member States can take to enable Afghans to leave safely is to establish humanitarian corridors. EU Member States could (re-)open diplomatic representations in Afghanistan and issue humanitarian visas there, as well as from consulates in neighbouring countries under Article 25 of the Visa Code. In this context, it is worth noting that the Marrakesh Compact calls on states to ‘commit to strengthen […] consular cooperation between States in order to better safeguard the rights and interests of all migrants at all times’ (para 30). Meanwhile, the Refugee Compact explicitly mentions humanitarian corridors as a pathway complementary to resettlement (para 95).

In theory, one of the advantages of humanitarian corridors is that, as opposed to resettlement, beneficiaries need not have been recognised as refugees to be issued with a visa. In practice, however, countries of destination may require that beneficiaries are “in clear need of international protection.” This is the case, for example, for a humanitarian corridor scheme announced by the Italian Interior Ministry following the high-level forum. Although the Taliban’s track record of human rights violations against certain groups is a ground for granting members of these groups prima facie refugee status, persons who are not members of groups obviously at risk may still have strong claims for international protection. They, too, should be given the opportunity to travel to EU territory to make a protection claim. In summary, in order to ensure safe passage for Afghans, humanitarian corridors must remain a complementary pathway of protection and must not be subject to the same selection criteria as resettlement, which is discussed below.

Refugee Status is a precondition for resettlement and refugees may be eligible if they meet certain vulnerability criteria. As such, resettlement is limited to specialised categories of persons. Nevertheless, on the international level, resettlement is at an all-time low. UNHCR’s resettlement data reveals that over the past four years, an average of around 50,000 people were resettled globally each year. Meanwhile, UNHCR’s projected resettlement needs for 2021 stand at 1.4 million people. With regard to Afghan refugees, UNHCR estimates that 85,000 resettlement places will be needed over the next five years and, at the high-level forum, asked EU Member States to provide 42,500 places – half of the overall number required. According to Commissioner Johansson, many Member States are ‘ready to increase pledges for resettlement,’ however, no concrete numbers were agreed on at the forum.

The Refugee Compact makes it clear that resettlement is an extremely important ‘tool for protection of and solutions for refugees’ as well as ‘a tangible mechanism for burden- and responsibility-sharing and a demonstration of solidarity’ (para 90). The Compact calls on states to establish multi-year resettlement schemes; make efforts to ensure resettlement processing is predictable, efficient and effective; ensure that resettlement is used strategically, improving the protection environment and contributing to a comprehensive approach to refugee situations; invest in robust reception and integration services for resettled refugees, including women and girls at risk; and to make use of emergency transit facilities or other arrangements for emergency processing for resettlement (para 92).

In summary, to ensure safe passage for Afghans, but also for refugees of other nationalities, EU Member States must dramatically increase their resettlement quotas.

Refugees are excluded from having to meet some of these conditions, although member states can make this conditional on refugees applying for family reunification within a certain period of time. The application of the Family Reunification Directive to all Afghan beneficiaries of international protection would be a good step towards humanitarian admission systems. In this context, Member States should disapply any limiting conditions for family reunification. Further, they should not reject applications based solely on the fact that documentary evidence is lacking. Even at the best of times access to official documentation for Afghans was complicated and now it is extremely difficult.

To ensure safe passage for Afghans to the EU, EU Member States should respect the letter and the spirit of the Global Compacts and implement the Family Reunification Directive accordingly. This means facilitating regular travel for Afghan nationals, whether they are (recognised as) refugees or not and facilitating family reunification. The Compacts highlight the importance of effective evacuations, the establishing of humanitarian corridors, resettlement and family reunification. It is for EU Member States to remove existing obstacles to Afghans’ safe passage and to do so in a timely manner in order to protect them from harm in the region of origin and on dangerous migratory journeys, which Afghans will have no choice but to undertake unless the EU acts now.

Maja Grundler is a PhD candidate in the Department of Law at the Queen Mary University of London, where she researches whether harm experienced during irregular migration can constitute persecution for the purpose of the 1951 Refugee Convention. Grundler contributes to the legal research of Work Package 2.